The Tradition of British Afternoon Tea If you asked someone to name something that is quintessentially British, along with answers like cricket, a Sunday Roast and fish and chips, you would probably also hear "afternoon tea". The tradition of taking afternoon tea started long after tea became a popular drink in Britain and was created almost by chance.

Anna Russell, the 7th Duchess of Bedford is credited with being the inventor of afternoon tea in around 1840. During this time, it was common for upper classes to dine between 8 and 9pm. As it was customary to have only a light snack at midday, this left people feeling hungry throughout the afternoon. 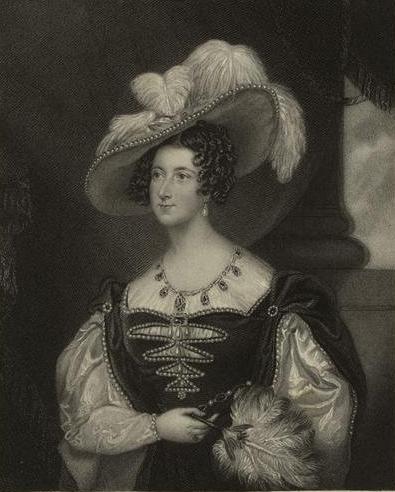 While visiting the 5th Duke of Rutland at Belvoir Castle, the Duchess complained of having a “sinking feeling” and asked for a pot of tea and some light refreshments to be brought to her quarters to ward off hunger until the evening.

Her idea was so successful that she soon decided to invite a few of her close friends to her private rooms for tea in the afternoon. The event became an occasion to share news, catch up with friends and receive visitors.

The Duchess was a friend of Queen Victoria, who was also introduced to the new social event. The Queen was an enthusiastic advocate of afternoon tea and the trend rapidly gained popularity. Announcements were made to friends to tell them at what time tea would be served. It was possible to be invited to an afternoon tea on every day of the week and establish a strong social network.

This popularity had a positive impact on manufacturing across the country. Capitalising on the new phenomenon, English china manufacturers and silversmiths began to produce fine accessories to accompany the service of afternoon tea.

The tradition soon evolved into including more elaborate foods to be served with the tea: finger sandwiches, pastries and scones with jam all quickly becoming firm favourites. The main idea was to have small portions that would be easy to serve in a sitting room.

Centuries later, this tradition is still going strong. Many reputable hotels and restaurants, both in Britain and around the globe, serve their own interpretation of afternoon tea in decadent surroundings. While the selection of light refreshments remains similar, the choice of teas to choose from is far greater than would have been available to Anna Russell and her friends.

The most arduous task today is choosing which tea to accompany your refreshments. You could argue that there are simply too many options to choose from. We prefer our tea without milk to taste the nuances of the quality leaf, but, being the base of many fine English Breakfast Teas, our Keemun couples very well with milk bringing out its malty notes.